It was oddly comforting that this past week, as i pitched my book to various editors, i didn’t have to spend much time convincing them that a book on pornography addiction among Christian men needed to be written.

There was one exception. An agent, also a man, told me — dismissively — that pornography addiction has already be written about. When i followed that by saying that  my book differentiates itself from the others by telling the story in the first person, that was dismissed further. 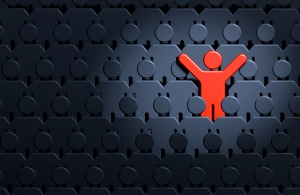 i told this agent: “i have lived this.” The agent said, again dismissively: “Just like every other guy.” i followed that with: “But i have conquered it (of course, with God’s grace and power, not on my own).”

He simply walked away.

The interaction begged the question: “If, in your words, every guy deals with this, then why wouldn’t you want to publish my book?”

But on the positive side, many editors were keenly interested in the book. That’s encouraging, but in an odd way.

It’s a truly tragic situation that the problem of pornography addiction among Christian men is what it is.

The fact that my book, intially, is an easy sell to these editors underscored the tragedy. But it also means that the time for my book is now. And, as a writer, that’s a positive thing.

The movement continues to grow. More and more men are hungry for real life and real masculinity. If you are one of those men, reach me through the contact page on this blog and i will touch base with you.

The truth that must be shouted from the rooftops is that freedom is available; you don’t have to be a slave any longer.