it was an interesting moment. 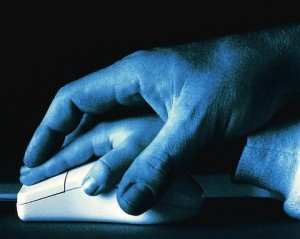 He hadn’t thought of that.  But then he quickly adjusted his line of argument: “But i wouldn’t click on those,” he said.

i was trying to be affirming while also a little skeptical of a pre-teen boy saying this to me. i told him i was glad he wouldn’t want to look at that, but i reiterated that as his father i wanted to protect him — and myself.

Then i hit him with a shocker.  i said, “Even if i didn’t have children, i would still have a filter on my internet.”

The look on his face was disbelief, as he said: “Really?”

i said, “Yes, because i don’t want to see that stuff anyway.”

i daresay that conversation is very different from what most fathers say to their pre-teen sons these days. But it is important for dads to say these sorts of things to their sons if we are ever going to rescue men from the ravages of a pornographic society such as ours.

Fathers will lead the way for their sons.