It was an interesting moment.  Our group of intentional warriors had gathered and one of the men was talking about how his fight for purity was difficult lately. He had found himself taking long looks at young women when he was out in public.  He was relaying one case when i asked him why he was doing it. 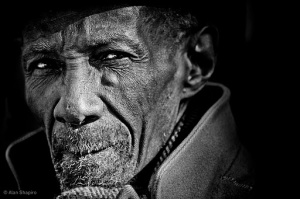 He stared at me dumbfounded.  Didn’t i know why already?

“Well,” he said incredulously,”i was trying to feel good; to feel pleasure.  i was getting sexual excitement.”

He had no answer.  He had never thought to ask that question; to get below the surface of the temptation and the moment of lusting to understand what was driving his behavior.

It’s one of the big reasons i became addicted.

i sought affirmation and validation as a man, and i took my search to The Woman of pornography. It was a search that never ended until God changed me. Pornography makes us feel like men because it arouses something masculine in us, but that’s as much as it can give us.

To know that we are men, we must hear words of identity and purpose from God.  Only He can tell us who we truly are.